1. What did you learn from your presentation?

I learned that presenting the presentation was the hardest part for me to do than actually making the powerpoint. I also learned that there are some techniques that I could use to make my presentations better, like elaborate and speak  louder. Overall, I learned that I do want to keep going for this career or something similar.

2. How well do you think you did on your presentation?

3. What are some presentation techniques that can you incorporate into your next presentation?

Some techniques I can use are to speak louder because I am very soft spoken. I can also elaborate and explain more and not just read of my presentation. I can also try and speak and look at the audience more.

4. What if anything, could you have done differently to change the outcome of your presentation?

On May 5th we celebrate Cinco de Mayo because that is when Mexico defeated the French army during the Battle of Puebla on May 5th, 1862. Cinco de Mayo officially celebrates the anniversary of the victory by Mexican forces over French forces in the Battle of Puebla on May 5, 1862. It is not the anniversary of the defeat and expulsion of the French forces by the Mexicans. Cinco de Mayo is also not the day Mexico celebrates its independence which is actually on September 16. Cinco de Mayo is seen as a day to celebrate culture and achievements of people with a Mexican background who live in the United States. On that day, there are businesses promoting Mexican services and goods, like food, drinks, and music. One of the largest Cinco de Mayo celebrations are in cities such as Los Angeles, San Francisco, Sacramento, Phoenix, Denver, El Paso, and other parts of the USA’s south-western regions. Banners are hung and schools organize lessons and special events to educate people about the culture of Americans of Mexican descent. In some areas, celebrations of regional Mexican music and dancing are held. Although this holiday celebrates a part of Mexican history and I am Mexican, I do not usually celebrate Cinco de Mayo. Cinco de Mayo seems to be celebrated more in the US than it is in Mexico. I usually celebrate September 16 instead because it is when Mexico gained its independence. Although I do not celebrate Cinco de Mayo, I believe the US should continue to celebrate it because it does celebrate part of the Mexican culture in a way.

Sir Robert Bryson, also known as “Logic”, is a singer, rapper, songwriter,  and record producer who is part African-American from his father side, and Caucasian from his mother side. Logic grew up in a terrible house environment, his father suffered from a cocaine addiction, his mother suffered from alcoholism, and his brothers would produce and sell cocaine in the block, including to their father. Logic was then expelled from school in 10th grade after skipping class so much. Although Logic grew up in a tough environment and had a rough childhood, he began gaining interest in music. He than began making mixtapes and then later on released albums. In his music he talks about many important issues. His music talks about equality towards all people, no matter what race, religion, gender, sexuality, disability, etc. he believes everyone deserves to be treated equal. In one of his most recent and famous songs called “1-800-273-8255”, also known as the suicide hotline, he talks about a very underrated but serious and common issue today, which is suicide. In the music video he includes a gay teen going through so much for being himself, he gets kicked out of home after his dad finds out that he’s gay, he gets bullied at school, and after so much he wants to commit suicide but something makes him reconsider, in the end he reunites with his father and ends up getting married and having a kid. The song and the music video helped so many people dealing with the same/similar things and saved so many people from committing suicide. In his other songs like “Black Spiderman” and “Everybody” he talks about equality and racism which has also impacted and inspired many people. Overall, Logic’s music has many important messages that have impacted people and is bringing positive change. We can all say that he has become successful after all he’s been through and brings honor to not just the African American community, but to everyone. 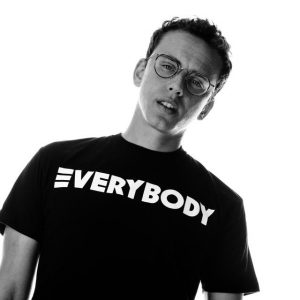 The purpose of this video was to entertain and persuade. Amazon was trying to make the video funny but also persuade that their product is the best. The audience was everyone but mainly adults. They were trying to show one viewpoint which was that their product “Alexa” could not be replaced by anyone better so therefore she is the “best” at what she does. They got the audience attention by making the ad funny and by including celebrities.

The purpose of this video was to persuade, entertain, and to inform. Tide was trying to persuade and inform that their product is the best to use but still wanted to make the ad funny to watch. The audience was adults or people who do laundry. They tried to show their viewpoint which was stating that tide is the best brand to use for washing your clothes. They got the audience attention by adding a celebrity and trying to make the video funny and entertaining to watch while still getting their point across.

The items I created with the Play-Doh were a music note, a dog, and the “N” that stands for Netflix. I created a music note because I love to hear music and I used to play the violin, so in a way music inspires me. I created a dog because I love animals and because I want to be a vet tech as my future career. I created the Netflix logo because Netflix keeps me entertained and I’ve watched many shows that I love and even inspire me in a way. Looking at other students creations I can see that most of them created something they are passionate about or something that is important to them. Many students created either a sport they do, their future career, a food item they love, or their favorite hobby. This activity relates to the writing progress in many ways. This activity took so much brainstorming just like the writing progress does, the beginning is always the most difficult. Thinking about what to create was the hardest part, just like finding a topic to write about and thinking about the beginning of a paper is the hardest part. In this activity I looked at examples to inspire me and to help me brainstorm, just like I like to do whenever I can’t think of a good topic or how to start a paper. In this activity I also had to think about the audience and who would be seeing my creations, just like I would if I were to write a paper. I had to make a creation that I thought was meaningful and that had a purpose, in the writing process I also have to think about something with a purpose. Overall, this activity has been very similar to the writing process. 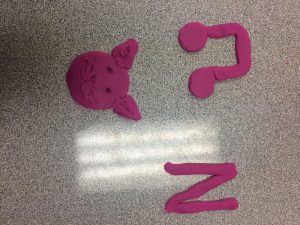 This poll is asking if we should legalize gay marriage. It has both people who support it and people who are against it. The people who support it are saying that everyone should have the equal rights to marry who they want, it should not matter who it is because it does not hurt them. The government should let people decide who they want to marry, it is basic civil rights, marriage between two people shouldn’t matter to you, whether its two different races, two different cultures, two different religions, same-sex, etc. The people who are against it are saying that marriage should be between a man and a woman and that gay marriage is against their religion. Same-sex marriage shouldn’t be an issue but if it goes against your religion than maybe just don’t get married in the church. Some people are also saying that the government should not be involved in this but to let religions decide if same-sex marriage is allowed in their church/religion. Others are also saying that if you don’t want to marry a gay person, or someone of the same sex, then don’t but you shouldn’t deny their rights to marry whoever they want because it does not affect you. Overall, this poll brings two sides, people who are against it, and people who support it.